The Versatility of Retrievers 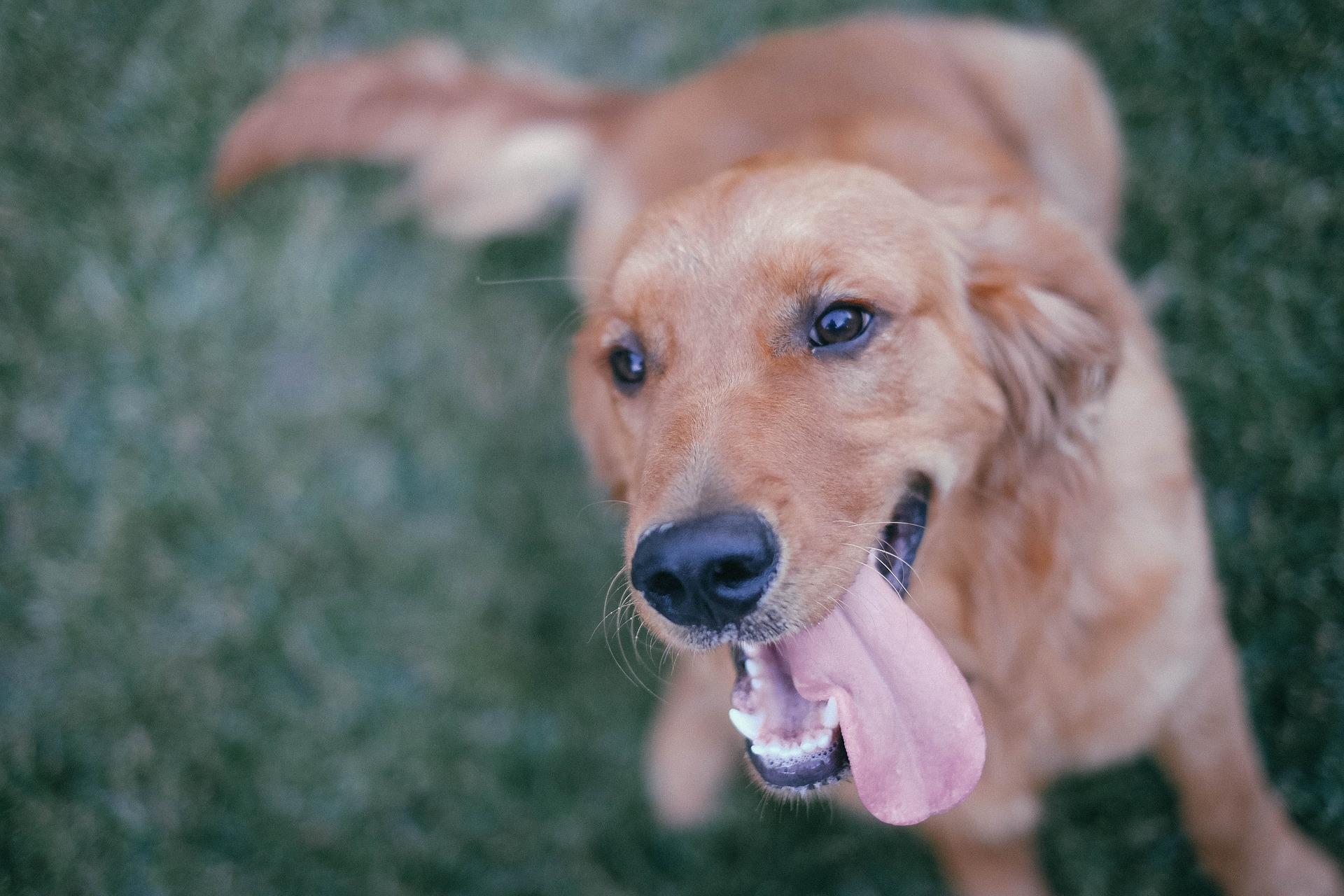 Dogs belonging to the retriever group have been some of the most popular breeds in the world throughout history, especially considering their practical origins of helping hunters find and retrieve game. The dogs in question needed intelligence, the agility and strength required to work in a rugged landscape or in water, and a willingness to please. All these qualities combine to make some unique breeds, which are deservedly the most popular today.

Some of the most popular pups in the world are Labrador retrievers. Despite their name, the Labrador Retriever probably did not originate in the Labrador area of northeastern Canada, but instead on the nearby island of Newfoundland. This is where fishermen worked with eager-to-please, sturdy, water-loving dogs as far back as the 1600s. Their pups would help the fishermen haul in nets and lines and retrieve the fish that fell off hooks. The excellent retrieving abilities displayed by the dogs made them very useful and popular hunting companions as more people settled in the area. Some of these dogs were brought back over to England, and by the 1800s, they became prized aristocratic sporting dogs. Their solid build, desire to please, intelligence, gentle and pleasant nature, and versatility make them excel at various roles. Labs are favored for search-and-rescue work, guide dogs, therapy work, narcotics detection. Of course, they are also top-notch companions. 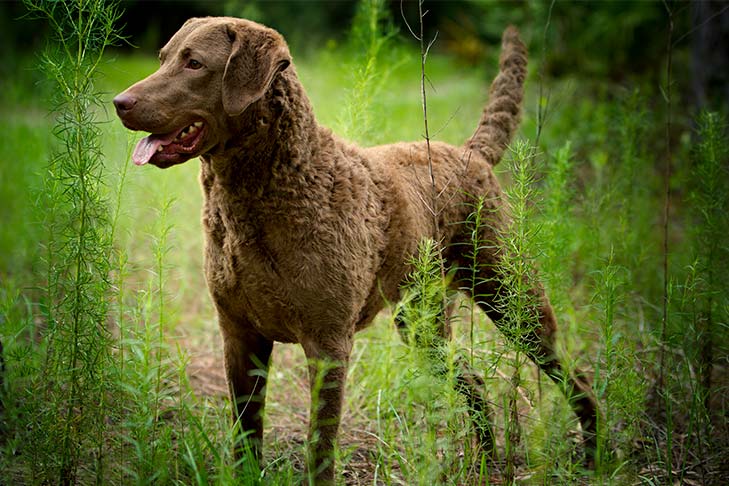 Another well-known retriever is the gorgeous Golden Retriever. Aristocrat Dudley Majoribanks bred the first Golden Retrievers in the Scottish Highlands in the late 1800s. Majoribanks wanted a retriever explicitly suited to the harsh Scottish climate. He began this process with a lone yellow puppy from a litter of black Wavy-Coated Retrievers in 1864 and bred them with a Tweed Water Spaniel, a now-extinct breed. This solidified the foundation for a line of extraordinarily talented yellow retrievers that became known for their excellence as working dogs. Since then, the breed’s high intelligence, loving personality, physical abilities, and beauty have solidified their status as one of the most beloved breeds.

Another well-known of the retriever family is the Chesapeake Bay Retriever. This large, beautiful pup breed is descended from two dogs saved from a shipwreck off the coast of Maryland in 1807. Two St. John’s Newfoundland puppies, a dingy red dog named Sailor and a black dog named Canton, were rescued with the rest of the crew and cargo. The puppies were given to people in the area, and they turned out to be excellent natural retrievers. Sailor and Canton were not bred to each other but with other dogs in the area. This intelligent, powerfully built gundog was developed over time, with a characteristic wavy, straw-to brown-colored coat. 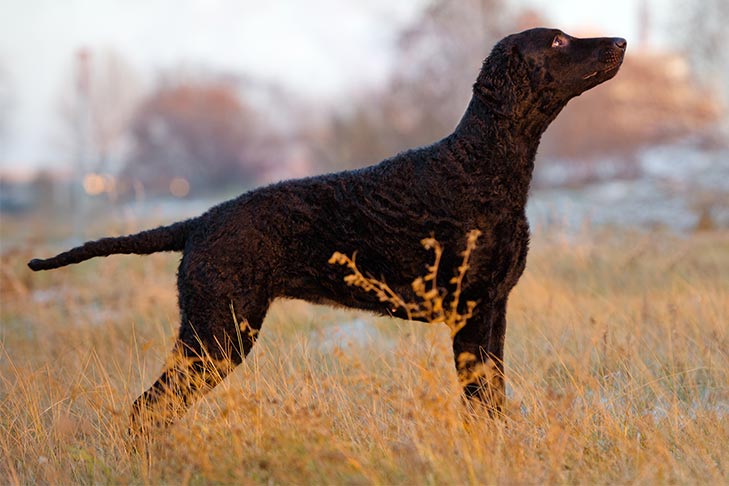 One of the earliest retriever breeds is thought to be the Curly-Coated Retriever. These pups are thought to have descended from the retrieving setter, the St. John’s Newfoundland, and the 16th-century English Water Spaniel with the addition of the Poodle in the late 19th century. Distinguished by their small, tight, water-resistant, crisp curls, this multi-purpose hunting retriever is reliable, robust, and highly intelligent. The Curly may appear somewhat aloof as they are considered one of the more independent retrievers, but they are always willing to please.

The Flat-Coat retriever appears to be closely related to the Labrador retriever. However, they are often leaner and more elegant. The breed’s eponymous flat-lying, lustrous coat comes in solid black or liver, with feathering at the legs and tail as a breed standard. Ancestors of this gorgeous breed include the Newfoundland, setters, sheepdogs, and spaniel-like water dogs. The distinctive coat on this beautiful pup protects them from icy water, harsh weather, and punishing ground cover. Another breed hallmark is a uniquely long head that projects a thoughtful and kindly expression. 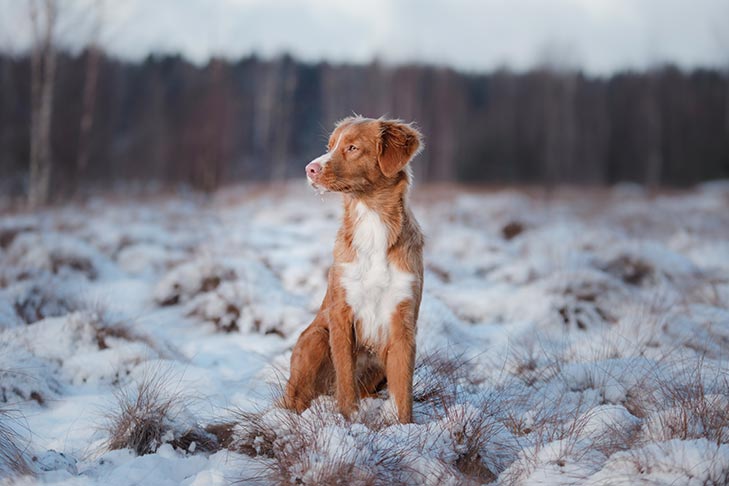 The compact, agile, alert, and intelligent breed called the Nova Scotia Duck Toller was developed for an unusual waterfowl hunting method in the Little River Harbour area of Nova Scotia around the beginning of the 19th century. These dogs were named after the type of hunting they do called “tolling,” where the dog’s playfully retrieve a stick or ball, which draws the curiosity of birds out on the water, and lures them to the shoreline. This style was modeled after a behavior seen in foxes in the wild. Hunters, inspired by the success they saw in the foxes’ hunting method, trained their dogs to mimic this behavior. The Toller’s attractive, water-repellent double coat is any shade of red, often with white markings.

Overall, retrievers are generally sweet-tempered, exceptionally smart, athletic, and willing to learn. Considering the different retriever breeds were developed specifically for their willingness to work with humans and their outstanding abilities, they can no surprise adapt quickly to any tasks and have solidified themselves as some of the most desired dogs. There are numerous variations of retrievers, but these 6 stand out from the crowd.