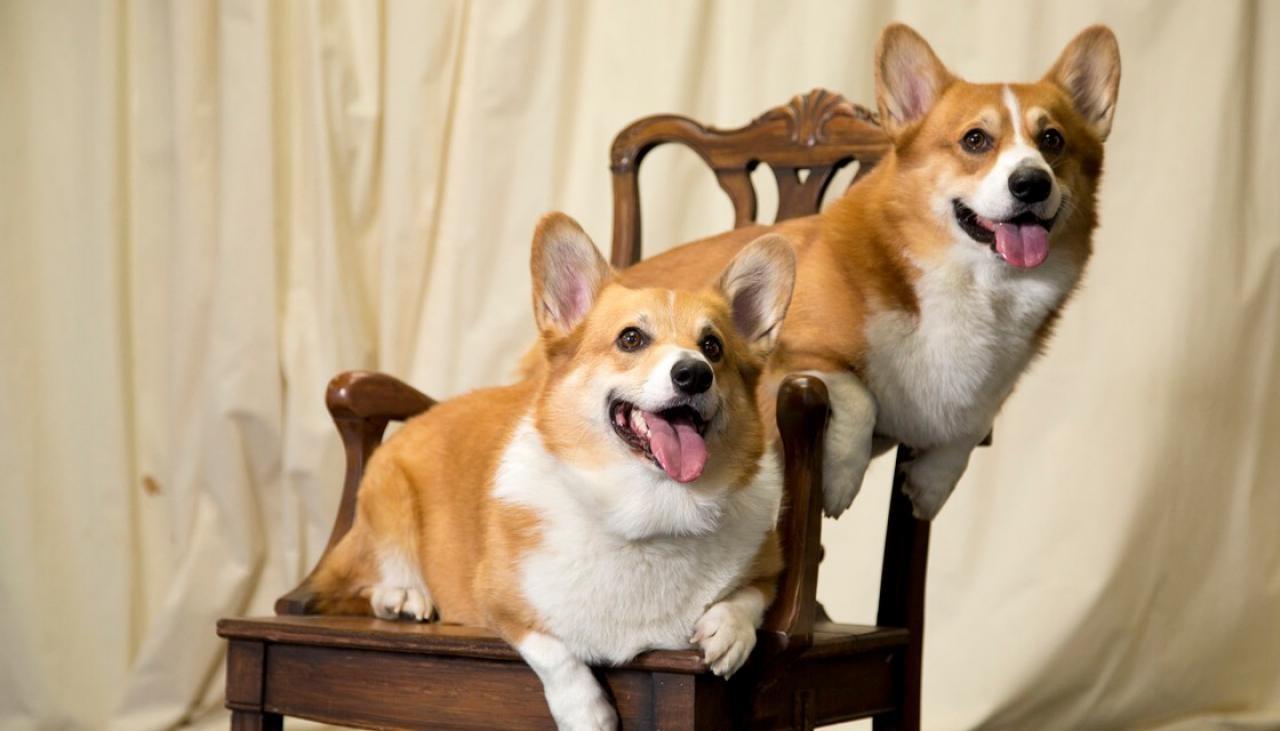 Elizabeth II has had at least one corgi at any given time between 1933-2018. In 2007, she had seven corgis: Mindy, Monty, Missy, Linnet, Emma, Holly, and Willow; five cocker spaniels: Oxo, Flash, Bisto, Spick, and Span; and four dorgis (dachshund-corgi crossbreeds): Berry, Cider, Candy, and Vulcan. Monty, Holly, and Willow appeared in the 2012 Olympic opening ceremony in a sketch featuring Daniel Craig, playing James Bond, arriving at Buckingham Palace to escort the Queen to the ceremony. 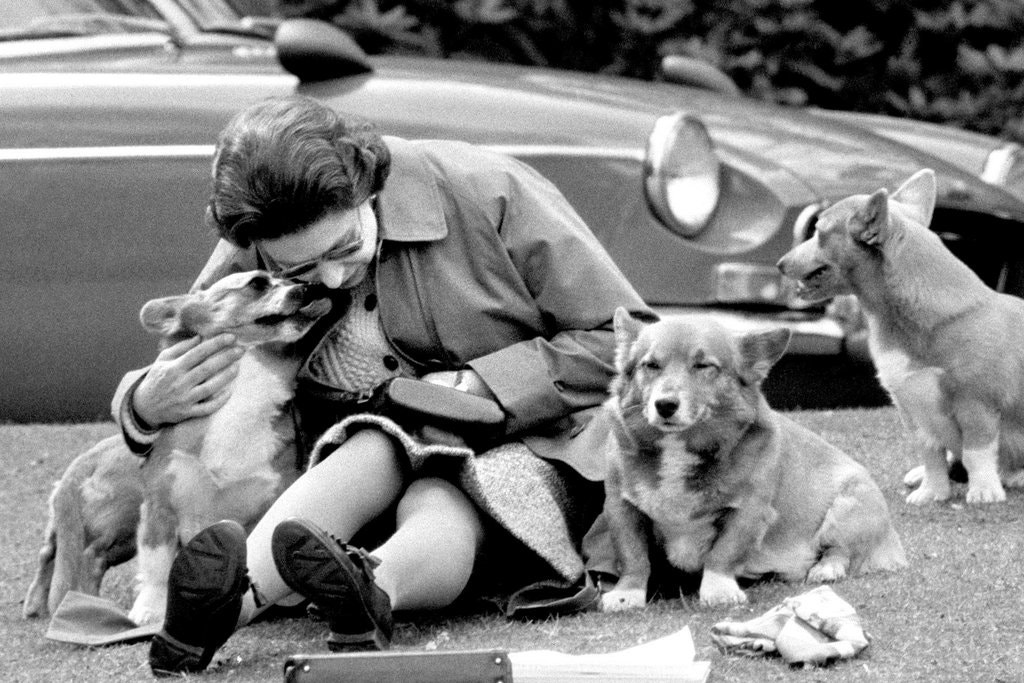 Since childhood, the Queen has loved corgis, having fallen in love with the corgis owned by the Marquess of Bath's children. King George VI, her father, brought home Dookie, the family's first corgi, in 1933. Princess Elizabeth and her sister Princess Margaret loved Dookie so deeply they would hand feed him from a dish held by a footman. Around this time, the family also brought in another corgi, Jane, who quickly became a favorite among the sisters.

The Queen Mother had a very disciplined regimen for the care of the dogs. Each dog had its own wicker basket, which was raised off the floor to avoid drafts. Each meal was served individually to each dog, each having their own dish. The dogs followed a diet approved by veterinary experts, and they were not allowed to eat any scraps from the royal table. A specific brand of dog biscuits was served for breakfast, and their evening meal was dog meal with gravy. Extra biscuits were given for rewards and celebrations. 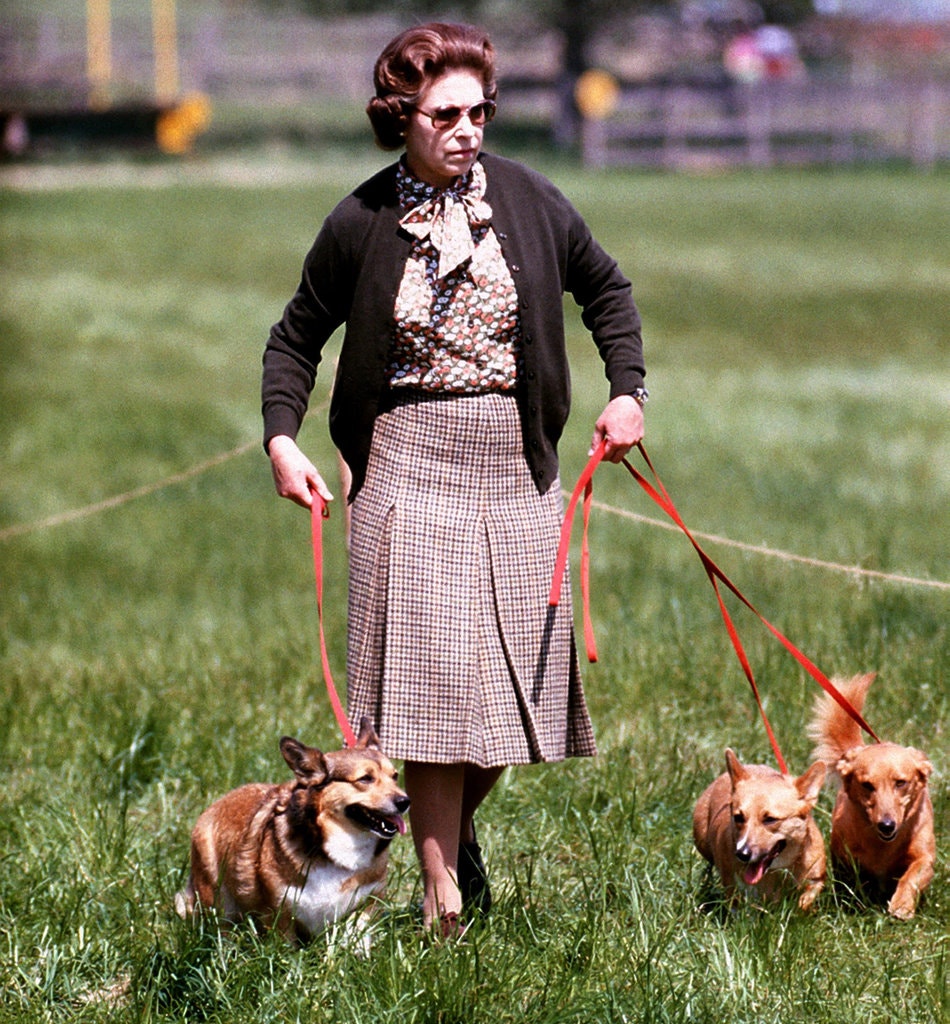 One of the Queen Mother's corgis, Cracker, was a nearly constant companion, retiring with the Queen Mother to Scotland. Elizabeth was given Susan as an 18th birthday gift in 1944. Susan accompanied Elizabeth and Phillip on their honeymoon in 1947. Nearly all the corgis bred by the Queen are descended from Susan. Rozavel Sue, an international champion and Rozavel Lucky Strike's daughter, was one of the Queen's corgis in the early 1950s.

The Queen has been accompanied over thirty corgis since her accession to the throne in 1952. In 1983, when Elizabeth and Prince Philip visited Grand Cayman, government officials gave her sculptures of a corgi and a horse crafted out of black coral as gifts; Bernard Passman made both.

Sugar was the nursery dog for Prince Charles and Princess Anne, and in 1955, her dogs, Sherry and Whisky, were given as surprise Christmas gifts to the Prince and Princess from the Queen. The corgi Sugar, along with the royal family, was pictured on the cover of The Australian Women's Weekly in June 1959. Honey, Sugar's twin, lived with the Queen Mother. Honey often took midday runs with Pippin and Johnny, Princess Margaret's corgis, when Margaret resided in Buckingham Palace.

The royal corgis have always lived a privileged life in Buckingham Palace. They reside in a bespoke room devoted to their habitation, known as the Corgi Room. When Queen Elizabeth II took over the dogs' care, they had an extensive menu at the palace, including fresh rabbit and beef, served by a gourmet chef. At Christmas, the Queen made the dogs' stockings full of toys and treats. 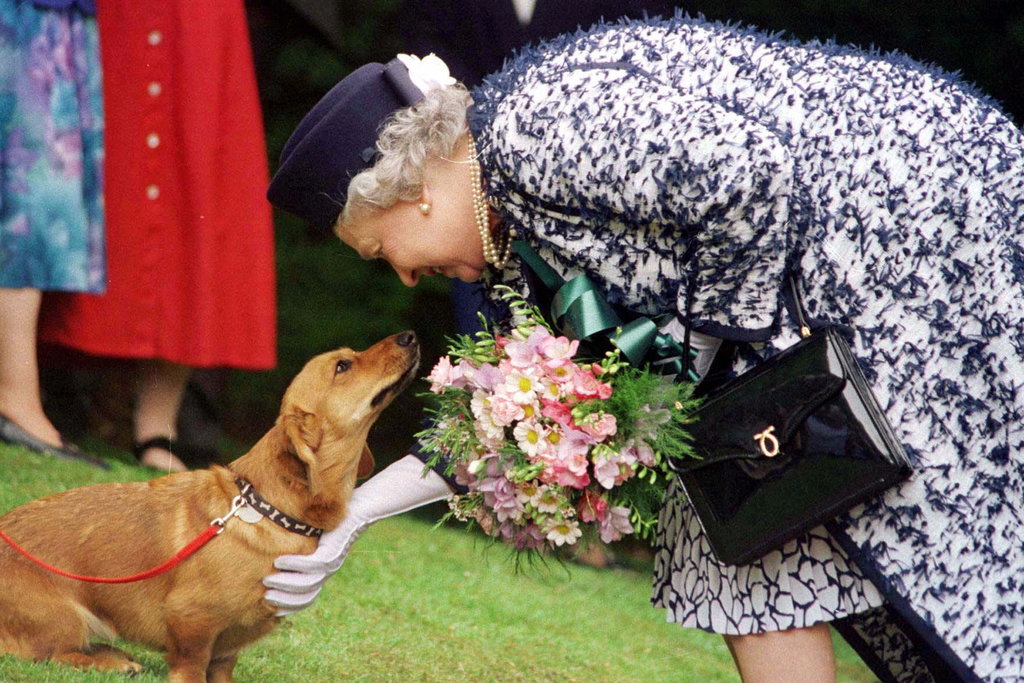 On several occasions, staff and even the Queen herself have been injured by the corgis. In 1954, Leonard Hubbard, the palace clock-winder, was bitten by Susan after entering the nursery. Later in that same year, one of the Queen Mother's corgis bit a policeman on guard duty in London.

In 1968, painter Peter Doig called a "Beware of the dog" sign to be posted at Balmoral Castle after a postman was bitten by one of the corgis. It was reported in February 1989 that the royal family hired an animal psychologist to tame the dogs, seeing as they had developed a habit of nipping them and the staff. The Queen was bitten in 1991 after trying to break up a fight between ten of her corgis and had to get three stitches in her left hand. Additionally, John Collins, the Queen Mother's chauffeur, had to receive a tetanus shot after he tried to intervene.

It was reported the Queen stopped breeding corgis in 2015 to not leave any behind when she died. Monty Roberts, a friend of the Queen, had urged her to breed more corgis in 2012, but she told him she didn't want to leave any young dog behind and that she wanted to put an end to the breeding practice. Her final full-breed corgi, Willow, died in April of 2018, and one of her dorgis, Vulcan, died of old age in 2020. This leaves Candy, one of the dorgis, as her last royal dog. The royal dogs have traditionally been buried at the royal residence, Sandringham estate in Norfolk, at which they died. The graveyard has been used since 1887, where Queen Victoria buried her Collie, Noble.

The royal corgis are closely associated with the Queen and have received international fame. They have had numerous items dedicated to them, and in particular, are the subject of many works of art, including paintings and statues. The royal corgis have been globally publicized, even appearing in the cover photo and feature article of Vanity Fair's Summer 2016 edition. The crown coin, which commemorates the Golden Jubilee of Elizabeth II, even depicts the Queen with a corgi. Cartoonist Carl Giles has included corgis in every cartoon he drew of the Queen after 1962. The pups are even the subject of an animated comedy film by Belgian studio nWave Pictures, called The Queen's Corgi, released in the UK in July 2019.

While we can't all provide for our dogs like the Queen can, our dogs are royalty to us, and we love them as if they were the royal pups. But dog owners know that having pups in your life and in your home make you feel like royalty, with their unwavering love and support. Silver Lucy is all about recognizing your pup and the impact they had on your life.