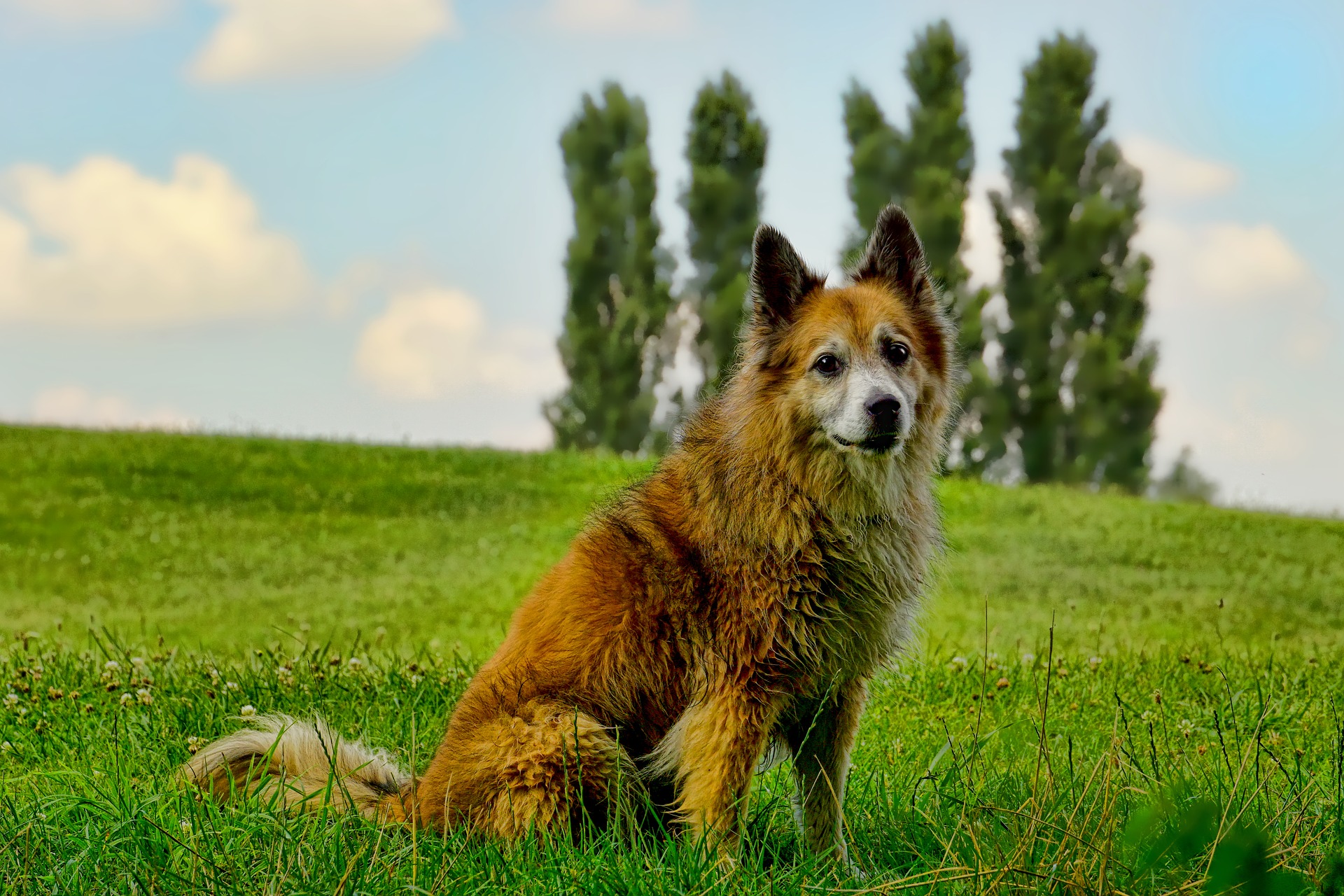 Human noses are… fine. They do the job we need them to. They can detect when something in our fridge has gone bad, when it’s time to take out the trash, fresh-cut grass, and the fresh pot of coffee we forgot we needed. Human sensory abilities are nothing to turn your nose up at. But when you understand all the astonishing things dogs can perceive through their noses, you gain an appreciation for how amazing our furry friends are. Dogs, after training, can use their noses to sniff out cancer, drugs, allergens, and recent scientific discoveries show that dogs can use their noses to detect body heat. As if that wasn’t enough, a dog’s can recognize things that have happened in the past, in a specific spot, with just a few sniffs!

It really is no surprise that our dog doesn’t want to walk in an orderly fashion down the street. Every time you step out your dog with your pup, it is a sensory overload for them. This olfactory experience is like your dog’s version of getting sucked into that new Netflix series; there’s an abundance of smells unfolding before them. 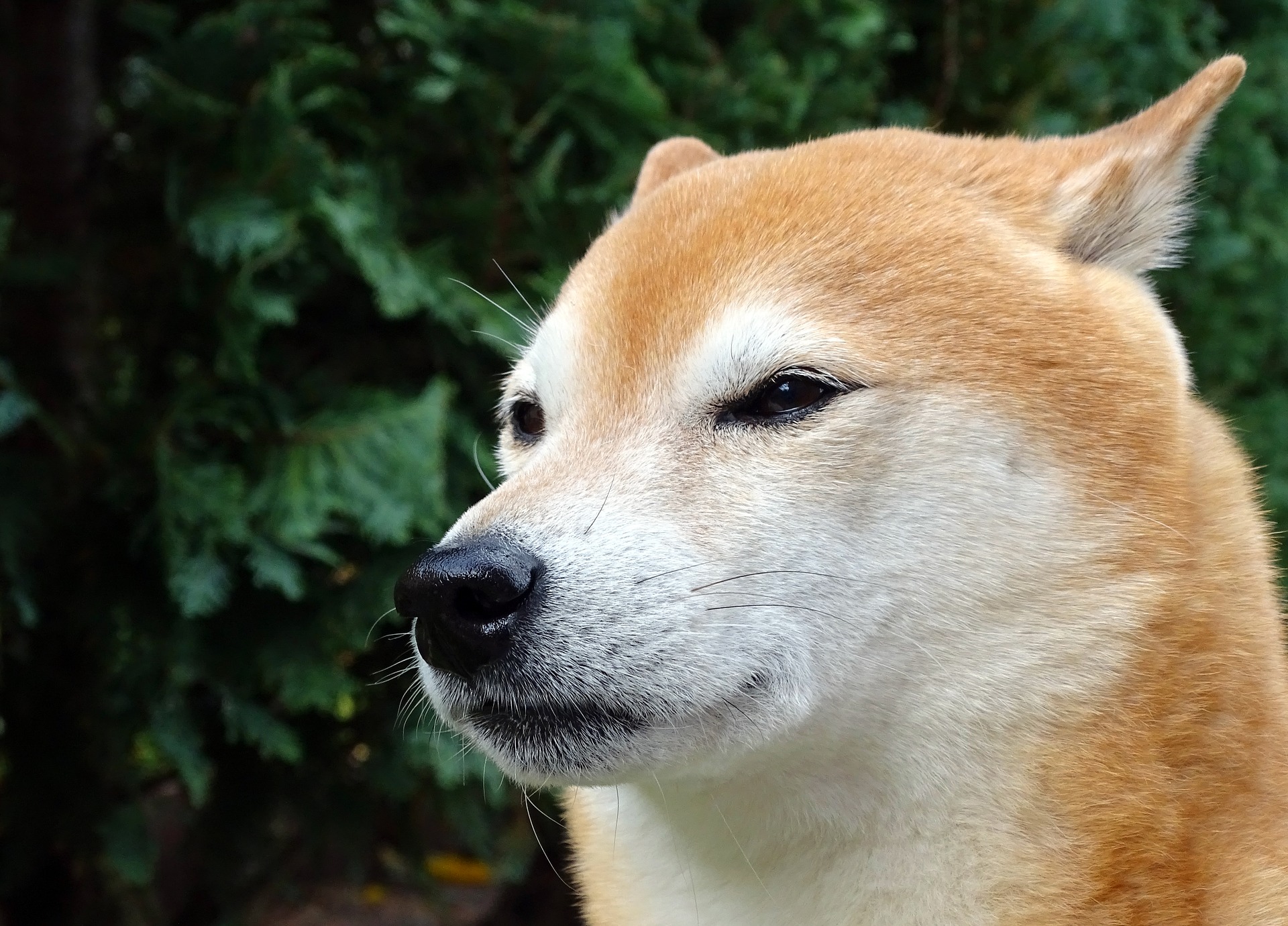 Dogs are thought to have around 300 million olfactory receptors compared to the five million olfactory receptors humans have in their noses. Dogs also have a “second nose,” the vomeronasal organ, also known as Jacobson’s organ. It is located inside the nasal cavity near the roof of the mouth, and it’s wired to an entirely different part of the brain than the rest of the nose. This fascinating organ is what allows dogs to detect specific chemical compounds. Fully grown dogs use this to detect pheromones and potential mates, and puppies use it to find the source of their mother’s milk.

With the vomeronasal organ and all those olfactory cells working for them, dogs don’t just smell more things than we do; they process and perceive the world differently. While dogs’ brains are generally smaller than ours, the area in their brain that is devoted to smell is nearly 40 times larger than ours. A dog’s nose is over 1,000 times more sensitive than our noses when it comes to detecting odors. This allows dogs to detect some scents at air concentrations of one part per billion and sometimes even lower. This is basically like finding proof that a single sugar packet was dissolved in an Olympic-sized swimming pool. 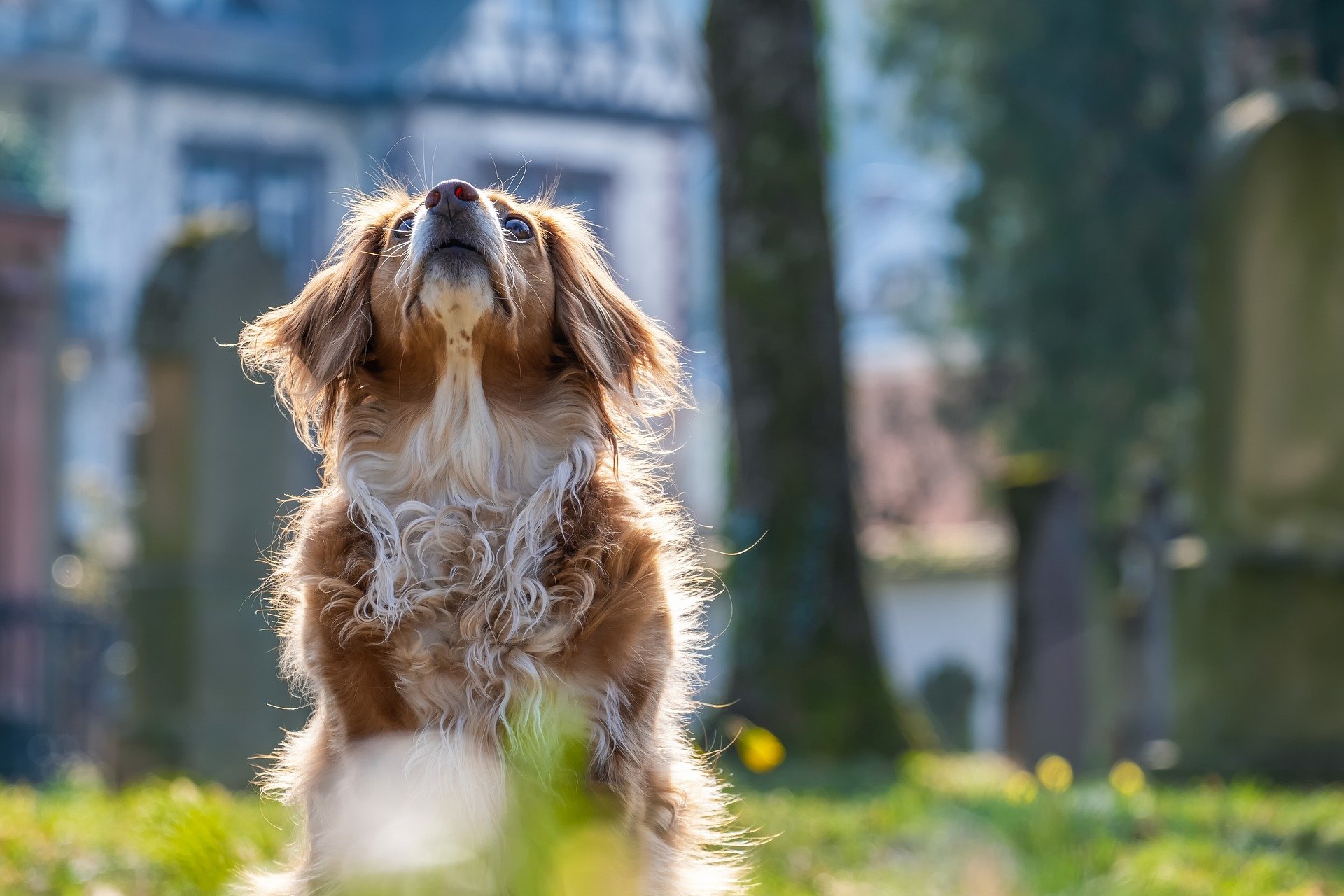 The nose’s structure is the key to the amazing ability to detect and understand different smells. The nasal cavity for dogs is divided into two distinct chambers and that open into two nostrils, called nares, that both move and take in smells independently. Compounds and particles are trapped in the nasal cavity by mucus as a dog sniffs, all while the scent receptors process the smells. Scent particles also get trapped on the wet exterior of the pup’s nose. Some of the inhaled air goes to the lungs so your dog can breathe, and some goes to olfactory analysis! As the dog exhales, new odors are allowed to enter the nose through the slits in their nose, which keeps a steady stream of aromas flowing.

Studies have shown that dogs can use their excellent noses to detect diseases, including cancer. In 1989 the first case of canine cancer detection was recorded. Two British dermatologists reported a patient’s dog was persistently sniffing a spot on the person’s thigh. It was found to be a malignant melanoma. In another instance, a dog “insisted” that a specific area of previously pronounced melanoma-free skin was still cancerous. After biopsy-ing the area, doctors found the pup was right, and the spot contained cancerous cells. 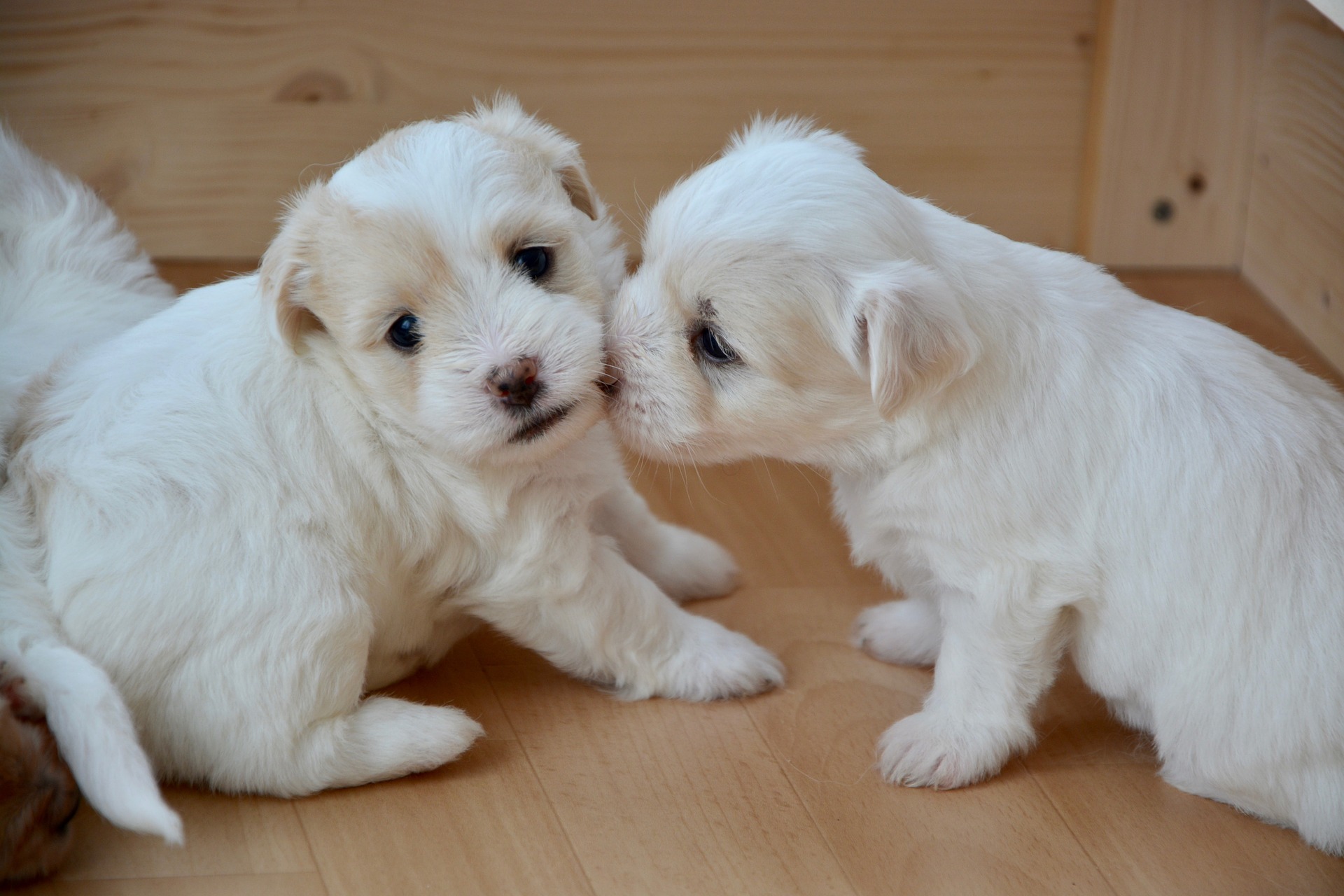 While dogs’ noses aren’t necessarily unique in the animal world, what sets them apart is their willingness to work with people. Both of these factors, a dogs’ willingness to work with humans and their keen sense of smell, make them ideal partners for cancer detection training. A study found five trained dogs accurately identified lung cancer in 99% of patients tested and accurately found breast cancer in 88% of patients. And all the pups had to do was smell the patients’ breath. However, there’s still progress to be made until dogs become the go-to diagnostic resource in medical facilities. In the meantime, service dogs rely on their keen sense of smell to detect health issues in their human companions before incidents even occur. Trained service dogs can smell an epileptic seizure before it happens, and some pups can warn people with diabetes about an imminent hypoglycemic attack.

Recently, researchers also found that a dog’s snout can sense weak thermal radiation, a rare skill only found in just a handful of other animals. This capacity is centered on the cold, wet, nerve-packed tip of a dog’s nose, called the rhinarium. The study qualifies the dog’s cold nose as a heat sensor, used primarily for detecting warm-blooded prey. The ability to pick up and process long-gone scents make dogs excellent at human-helping tasks, such as tracking missing persons and detecting a variety of different things, from explosives and drugs to bed bugs. Federal organizations have also used dogs in the United States to search for certain smells. Dogs have been used by the USDA to detect foods being smuggled in and to detect whales by the National Oceanic and Atmospheric Administration (NOAA). Various government bodies use canines to detect explosives and narcotics and in search and rescue. 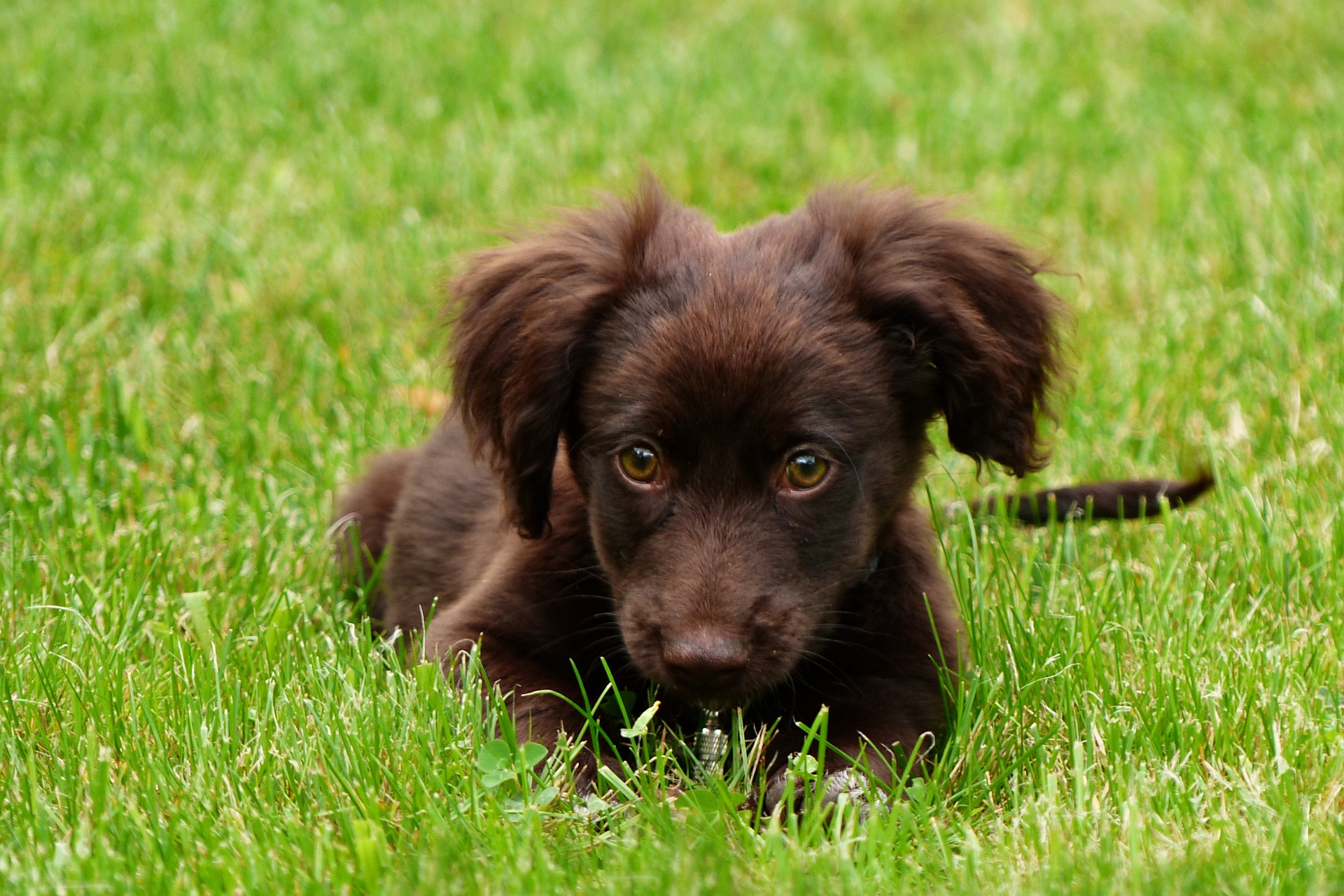 But that’s not all; a recent study shows that a dog’s nose can, in a way, smell time! Scents in a room change as the day progresses. Hot air rises, usually in currents along the walls, rises to the ceiling, and goes near the middle of the room, and drops. If we can visualize the air movement through the day, what we see is the movement of odor through the day, which dogs can follow. In a way, the future is smelled on a breeze from up ahead or around the corner.

A dog’s nose is fantastic; it can track a squirrel and sense a life-threatening disease. The next time you walk your dog, try to appreciate how many different smells circulate through your dog’s nose and brain. Preventing them from following their nose would be like someone stopping you in the middle of an important scene in your favorite show. It is vital to keep your dog walking at your pace, but instead of rushing your dog along, let them smell! Dogs understand the world around them through their nose, and it’s our job to make sure they can experience all the wonder they can.