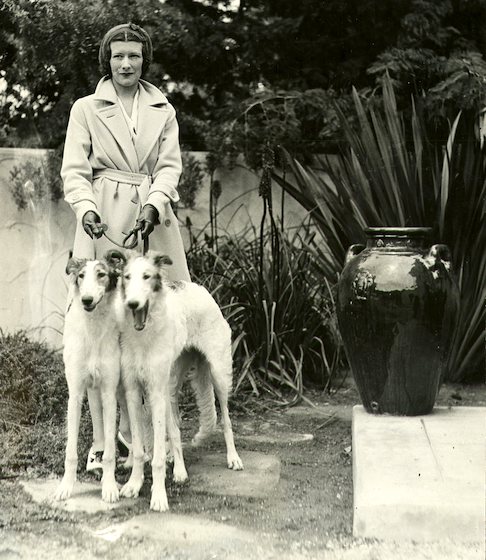 Dogs are reflections of the cultures that nurtured and developed them. We rediscover cultural diversity and heritage through our dogs. Over the centuries, many breeds have become linked with a particular ethnic groups, countries, or social classes. However, when turmoil strikes, that link can threaten the existence of the dogs themselves. This phenomenon almost led to the loss of one of the Borzoi, one of the most aerodynamic and aristocratic breeds.

The Borzoi was bred for centuries to hunt fox, boar, hare, and, famously, wolf – hence its moniker, the Russian Wolfhound. As strong as it is swift, with their flowing coats, curvy silhouettes, and chiseled heads, these aristocratic Sighthounds became tied to the Russian royal family. Since the 15th Century and Ivan the Terrible, Russia's nobles kept Borzois in astronomical numbers, sometimes families owning thousands and passed their kennels from generation to generation. However, with the emancipation of Russia's serfs in 1861, the feudal system collapsed. The serfs had previously provided the cheap labor to maintain these sprawling estates, and as a result, many of the large pieces of land were divided and sold, and the kennels emptied. 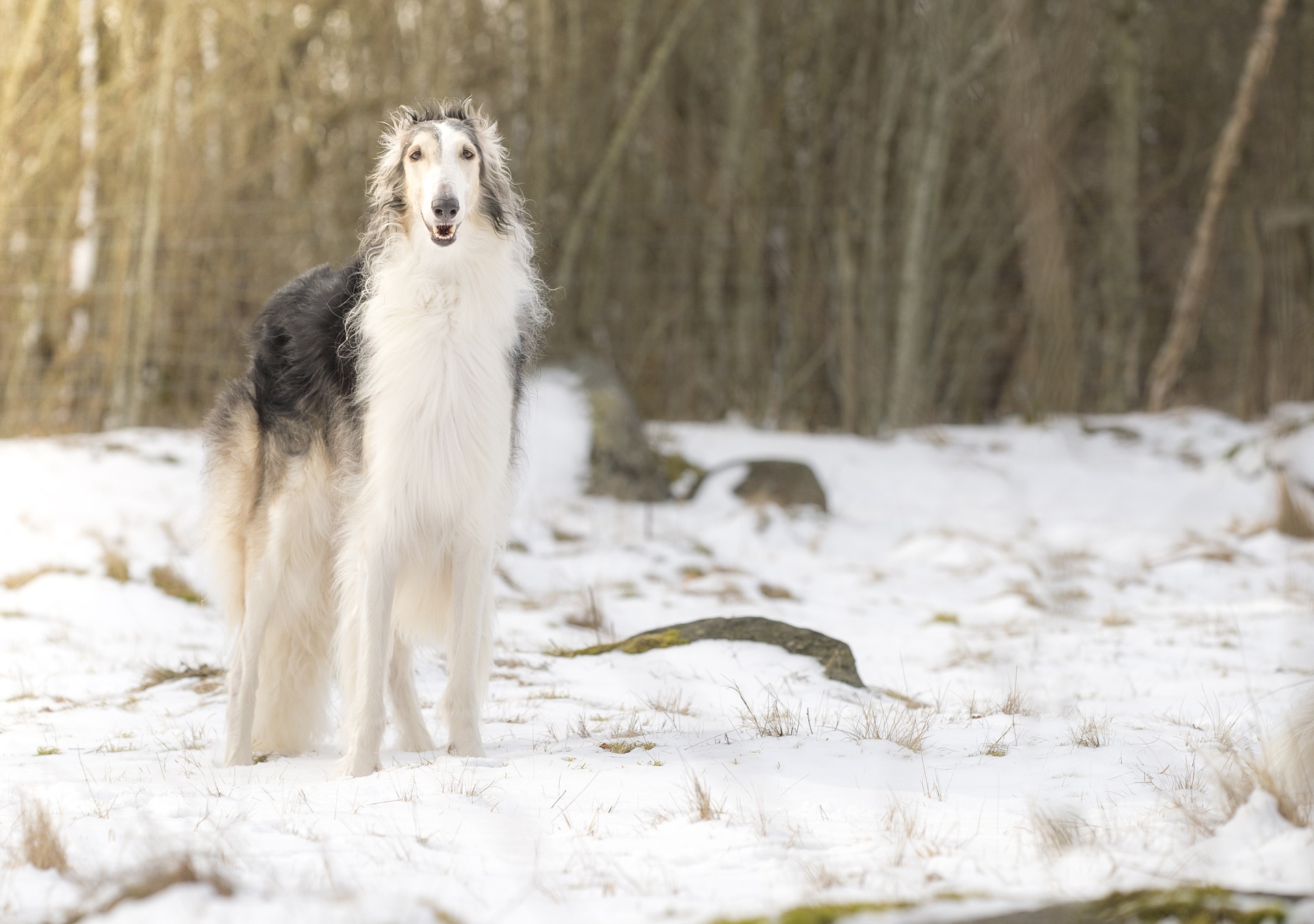 In the late 1880s, the Grand Duke Nicholas Nikolaevich purchased Perchino — an estate just over 100 miles from Moscow — even as much of Russia's nobility retreated to the cities. He set about making Perchino the most magnificent Borzoi kennel in the world. He sent his kennel manager to search out dogs from the country's remotest corners. At its peak, Perchino housed 130 adult Borzoi, 60 puppies, 100 other dogs, 87 horses, and 78 employees to tend to them. The Grand Duke had eight kennels based on pattern and color, each assigned kennel boy who lived adjoining the kennel and two hunters. White and lighter marked Borzoi were favored because they appeared more aristocratic and complimented the huntsmen's white leads and gloves. The Grand Duke's svora, or pack, lived at a ninth kennel, which held only the best from the other eight kennels. This svora had at least three dogs of each color to be leashed together during hunting, adding to the visual spectacle. 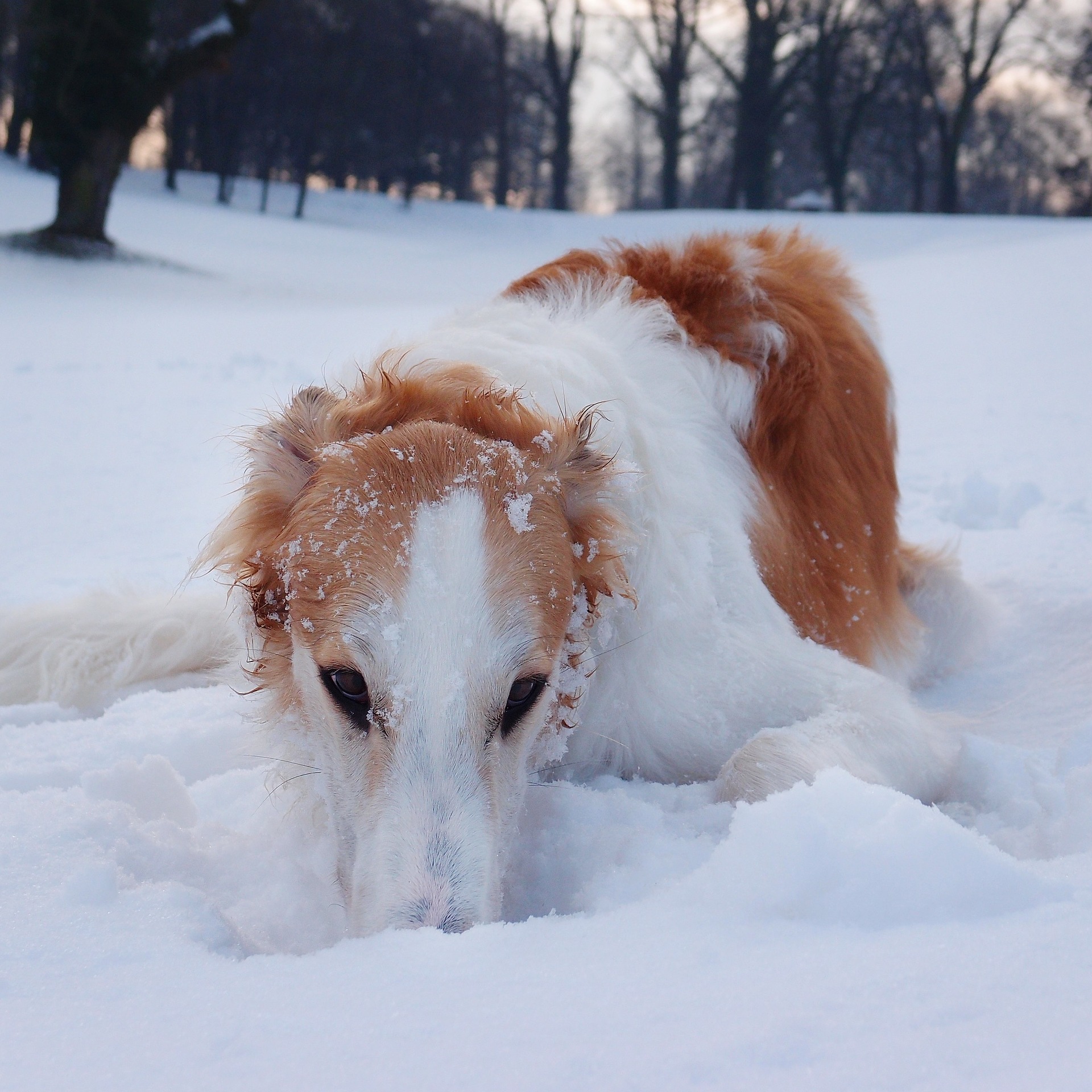 In 1903, Joseph Thomas Jr., from Simsbury, Connecticut, made the long and remote journey to Perchino to purchase one of the Grand Duke's Borzois and declared it the best collection of dogs he had ever seen. The Grand Duke disbanded his kennel in 1917 because of the Bolshevik Revolution and his impressive svora were left behind. Because of this abandonment, the breed was practically extinct in Russia after the Bolshevik Revolution. However, the Borzoi thrived in the West. The Russian blood acquired by Thomas invigorated the breed. As the 20th Century moved forward, the elegant Borzoi became the muse of art-deco sculptors and painters drawn to its graceful curvature. Eventually, American exports were sent to Russia, helping re-establish the fearless and noble hunting dog that had so captivated the Grand Duke and those who came before him.

The Borzoi is a classic example of a breed's existence depending entirely upon the people who loved them enough to reinvigorate the breed. If it weren't for those who loved the Borzoi, and we're committed to honoring and loving them, we wouldn't have the graceful, elegant pups we know and love today. Silver Lucy shares that love of dogs, because we know how much our dogs mean to us, and how much your dog means to you. We are just as dedicated to Silver Lucy as the Grand Duke Nicholas Nikolaevich and Joseph Thomas Jr were to their Borzois,