Our furry family members are often the muses for our art, because when making art, we are drawn to recreating what we love. Of the four-legged companions in our lives, dogs are among the most popular subjects in art. Throughout art history, they've appeared alongside members of the aristocracy, been included in self-portraits with famous artists, and been immortalized in sculptures seen by thousands. Dogs symbolize the traits we associate most with them —protection, unconditional love, and loyalty — so it's easy to see why we've continued to include them in the visual representation of our history. 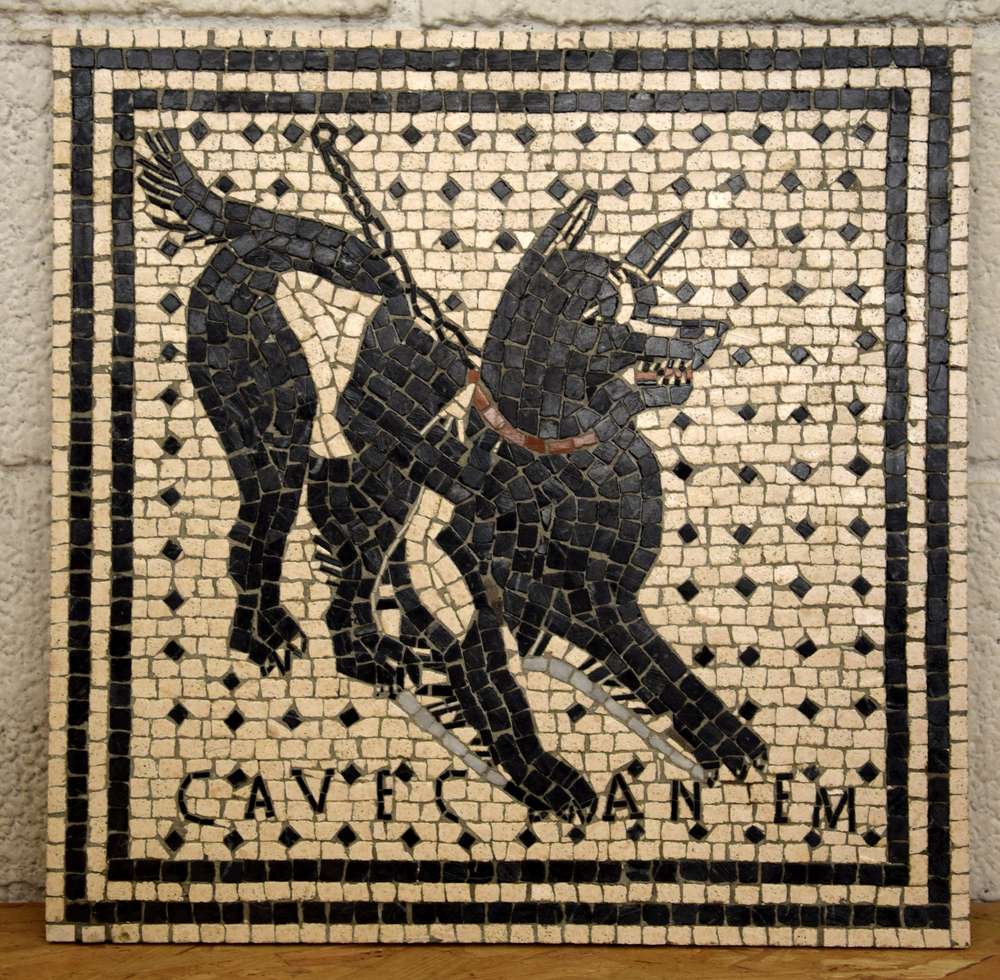 Including dogs in art is not a new trend of the social media age. For thousands of years, artists from all across the globe have shown their dedication, admiration, and respect for dogs by carving and painting them. Dogs even play a role in ancient art! A mosaic of a dog was found in Pompeii, showing a fierce dog, and words inscribed at the bottom reading Cave Canem, translate to "beware of the dog." The mosaic was found at the House of the Tragic Poet, and is thought to have been built near the end of the first century BC. This implies the mosaic found has been around for at least as long! Other art featuring dogs was also found dating back to the first century AD. One example is a pair of canines found in 1774 near Civita Lavinia, Italy. Art dealer and painter Gavin Hamilton had been excavating a place — aptly-named Dog Mountain — and discovered a marble portrait of two hounds. While it is impossible to date these sculptures, it was determined they were produced sometime between 1 AD to 199 AD. 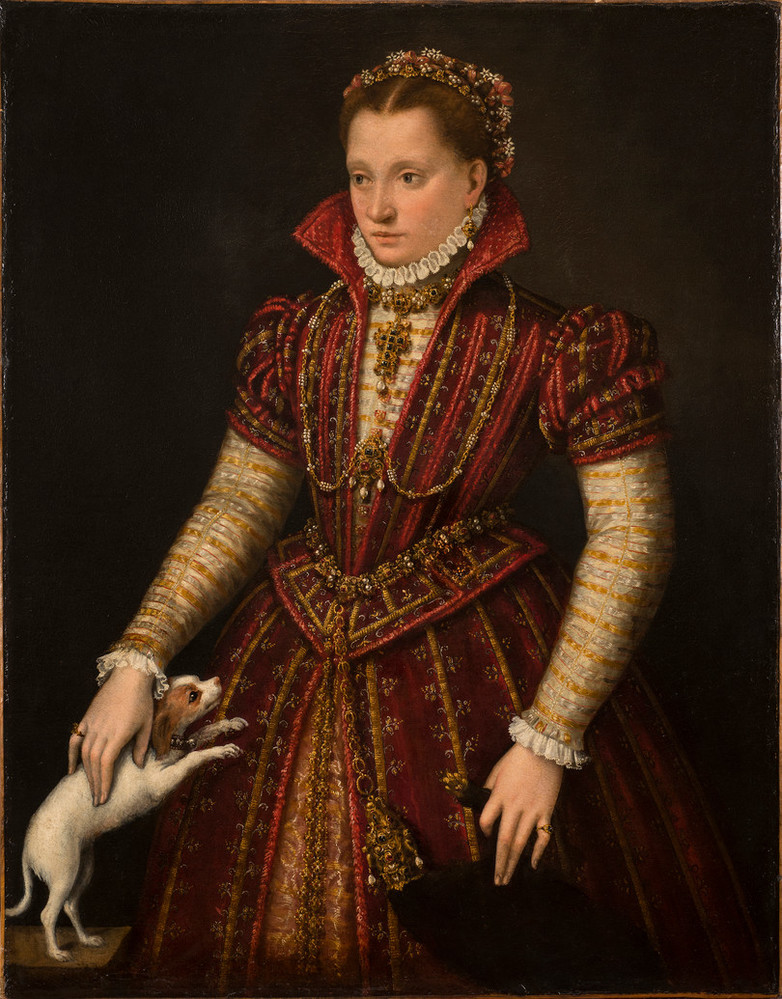 Much later, as Europe shifted into the Renaissance, dogs were featured much more frequently, and often as the loyal companions we think of them as today. These pups were given extraordinary honor and immortalized in paintings alongside royalty and other nobility. An example of this is the Portrait of a Noblewoman by Lavinia Fontana, which shows a young, just married, Bolognese noblewoman. She is shown in rich textiles and exquisite jewels; the dark background and the deep red dress makes her tiny dog stand out of this piece. The tiny dog seems to be the only part of the portrait which is not manicured to perfection, and gives the piece a sense of reality and life. While many pups are seen posing for their regal portraits with their noble counterparts, the Renaissance also showed dogs at work. Pieter Bruegel the Elder famously captured the nature of a dog's place in Western civilization in Hunters in the Snow. The painting features two men who are followed by a pack of dogs. Although the piece's intended focus is the human hunters, the dogs convey the most emotion. The scene shows the return from an unsuccessful hunt, and they appear unhappy with their heads hanging in shame. 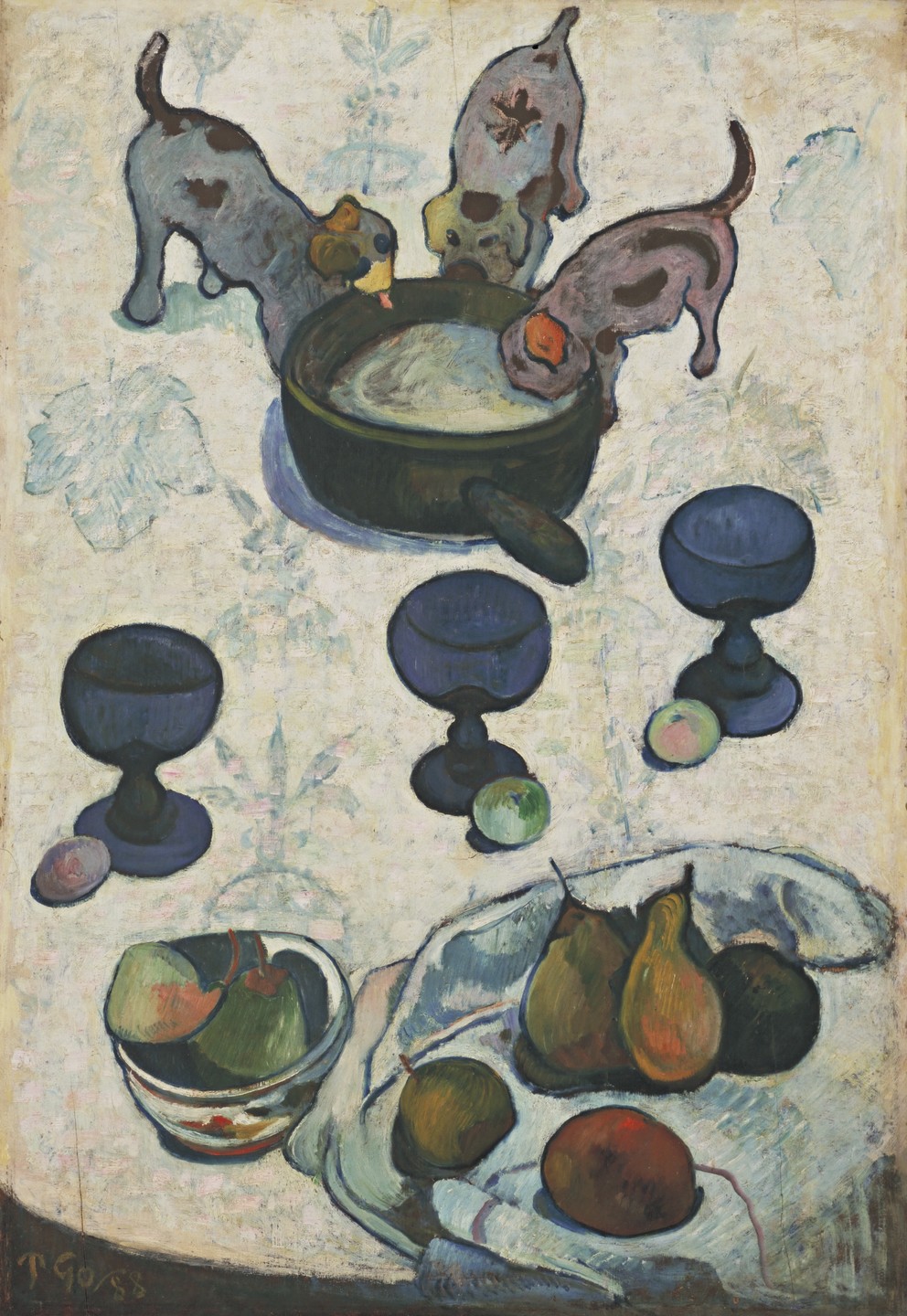 When thinking of art, most people think of still life portraits. During the 18th century and beyond the Renaissance, dog breeds were becoming standardized, leading to animals becoming the focus of the art. This lead Paul Gauguin to try something new, with his Still Life with Three Puppies, in 1888. It was a departure from the usual naturalistic depiction of a moment in time, able to be captured for hours on end without change. Gauguin's piece captures a whimsical moment in time with three puppies drinking from a bowl, along with the standard still life components, such as fruit, cups, and bowls. The painting is supposedly inspired by Japanese prints and children's book illustrations. 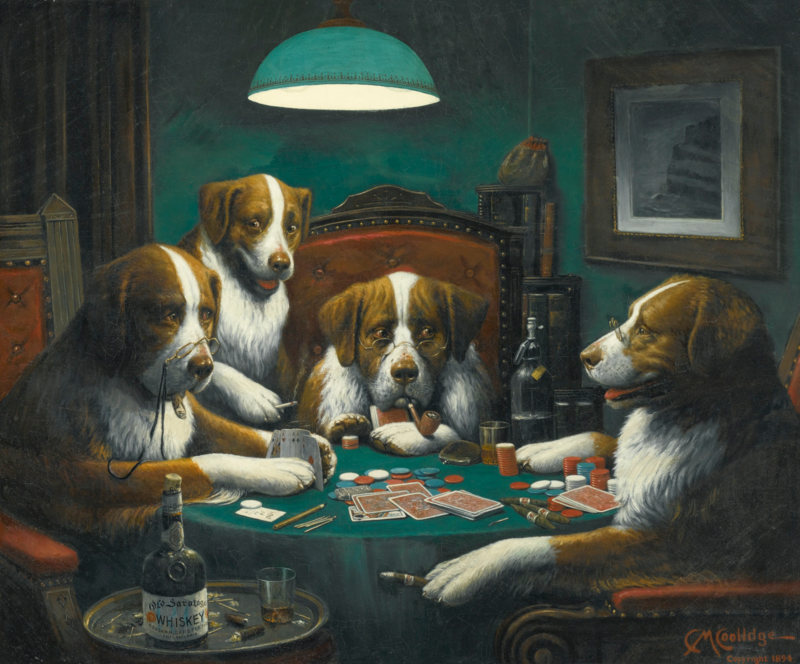 Shortly after Gauguin's adaptation of a still life surfaced, one of the most well-known collections of paintings, which prominently featured dogs, came to be. The iconic series Dogs Playing Poker by Cassius Marcellus Coolidge, an American painter, started in 1894 with Poker Game. This led to a commissioned set of 16 oil paintings for a cigar ad campaign in 1903, with the final painting being completed in 1910. These paintings became extremely well-known in the United States and have been recognized in contemporary and pop culture for decades. Coolidge's series solidified dogs' status as a viable art subject in the modern era.

All of this art involving dogs, and we must believe that those who created, or commissioned, each piece loved their dogs as much as we do today. Silver Lucy was created with that same love and dedication our founder has for her dog, Lucy. Each of our miniature sculptures has as much love poured into them as any artist puts into their work. We want to share our love of dogs with you, and we hope you'll be able to keep a little piece of your best friend by your side wherever you go, wherever they are.