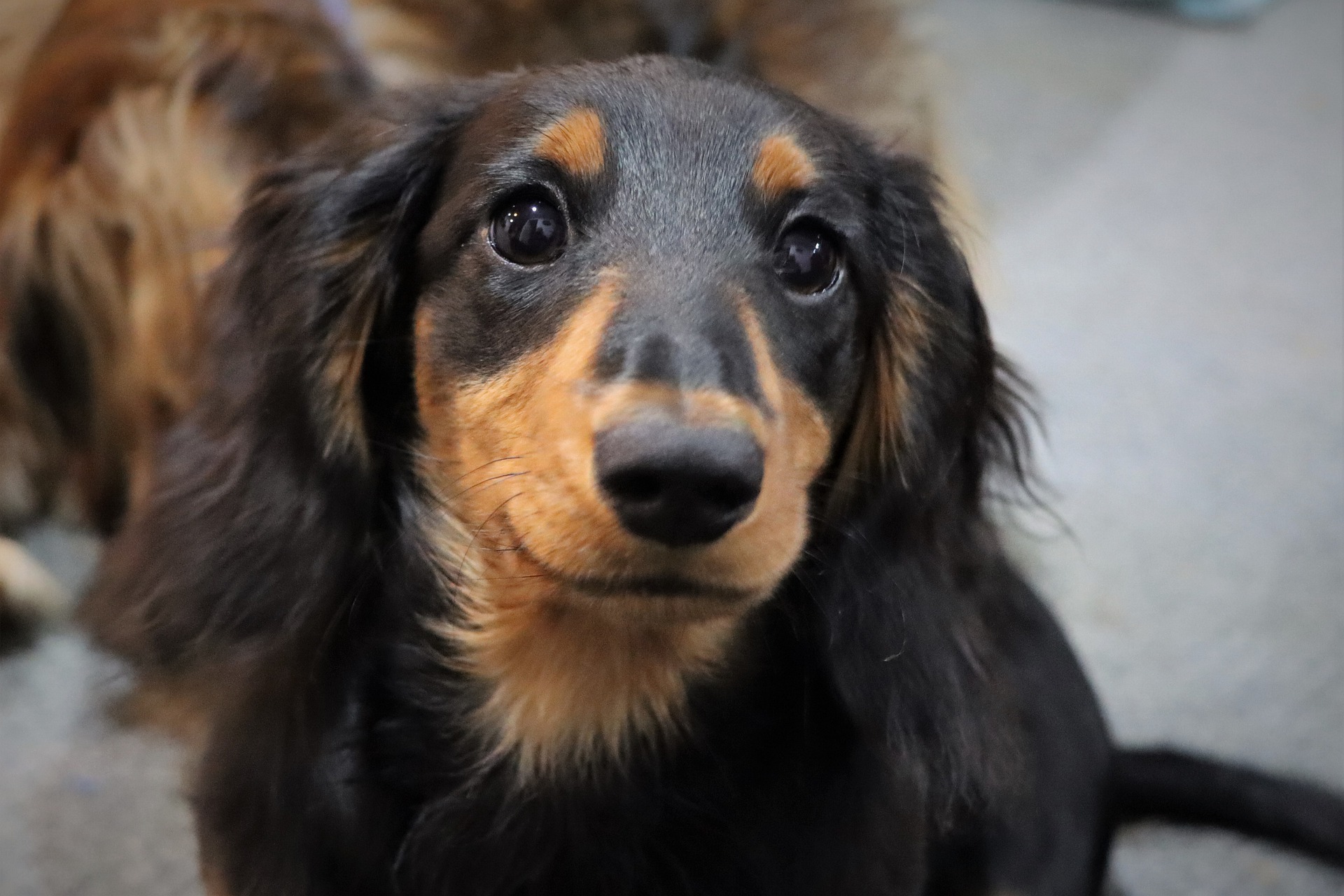 As one of the most recognizable dogs, anyone can see why the Dachshund has earned the relatively common nickname of "wiener" or "sausage dog" with their long and low to the ground body. However, this oddly proportioned hound has a mighty background! In German, its name translates as "badger dog" and indicates why these tiny pups have such a strong personality. You would need one if you came face to face with a badger regularly!

Europeans had been using dogs to hunt badgers, the ground-burrowing, nocturnal carnivores since the Middle Ages. However, the Dachshund began to take form in the late 17th Century. France and other European countries had different versions of badger-hunting dogs, but by the 18th Century, German hunters and foresters began to breed their desired type of dog, paving the way for the spunky little breed we know and love today. Badgers are not known for their willingness to give up without a fight. They have very thick skin and thick skulls and equally sharp teeth and claws. Badgers are well prepared to fend off any intruders, and the Dachshund is eager to accomplish their daunting task. 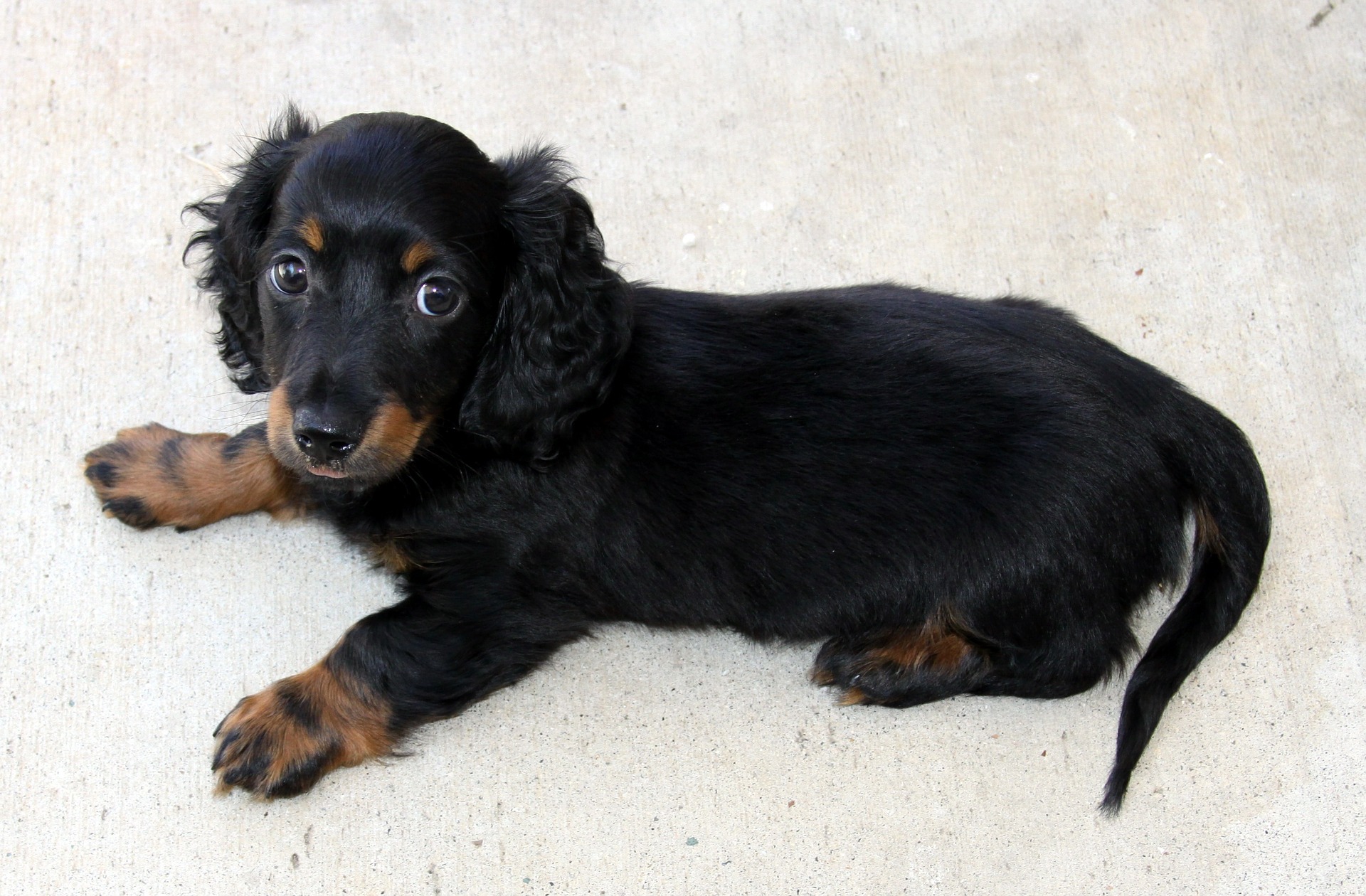 Flushing out badgers was a particular and dangerous task, requiring some very specific physiological attributes. The tiny dogs needed short legs so they could easily fit in the badger holes, and those little legs had to be slightly curved around the ribcage, with compact feet that could push the soil behind them as they burrowed down into the badger's den. They also needed a well-angled upper arm and shoulder to enable the range of motion required for this extensive digging, which creates what is known as a "prow", a prominent breastbone and forechest. Additionally, the dog's ribcage had to be well developed and long to provide room for the lungs and heart to give the pup the endurance it needed. The "keel," or underside of the ribcage, extends well beyond the elbow, protecting the internal organs from any sharp protruding sticks or roots. Considering the pups would have to face the badger head-on, with no room to turn around, the prominent bridge bone over their eyes offer protection, and with a strong underjaw with surprisingly large teeth, the Dachshund give back as good as it gets. 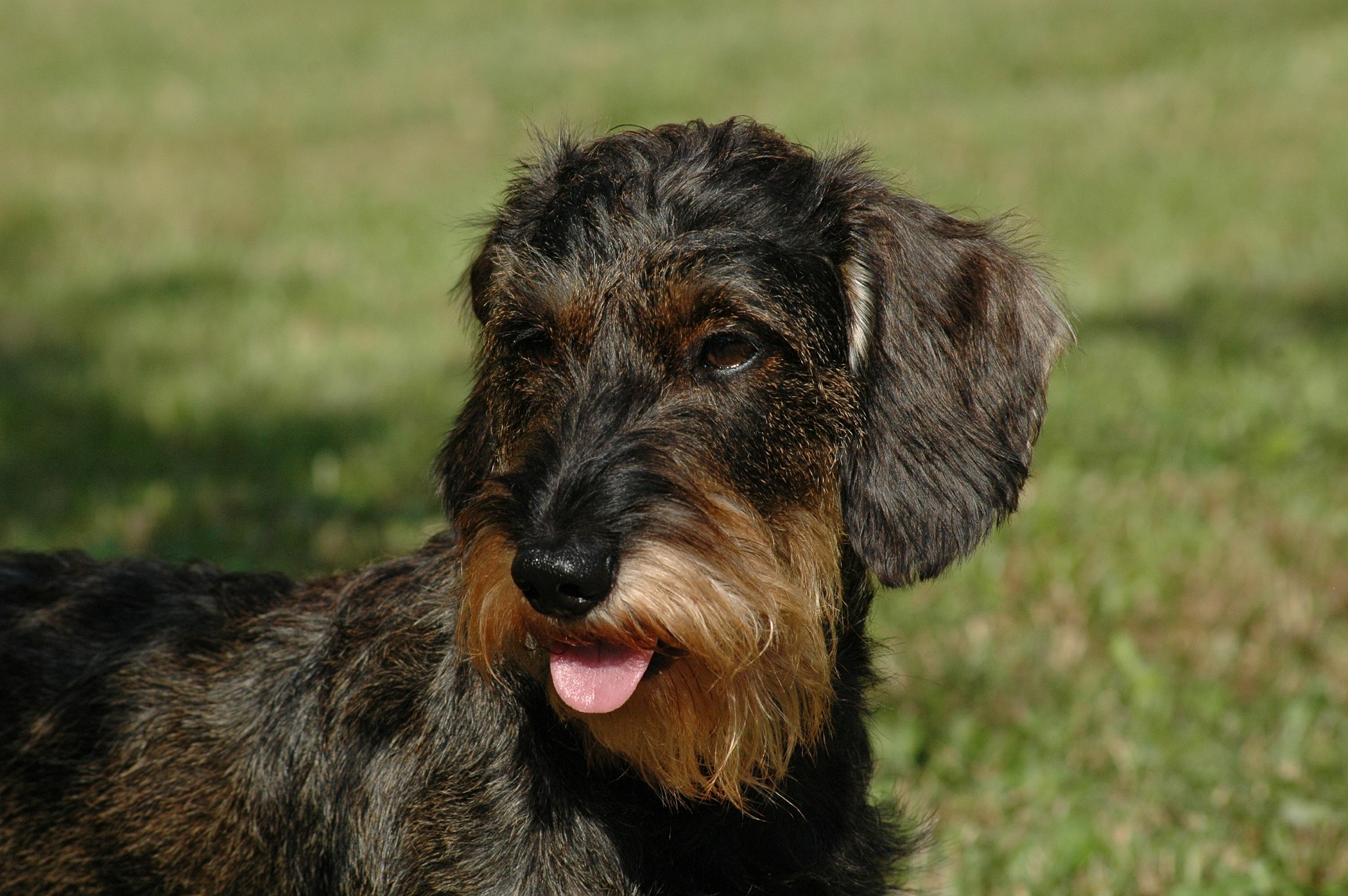 Trapped in tight tunnels, relying on its wits alone, a Dachshund has to be bold, independent, and a bit combative. This makes sense when the Dachshund is often described as courageous to the point of being rash. That fearlessness didn't disappear once the dog returned to the surface after hunting out badgers. Kaiser Wilhelm II, the last German emperor, owned a pair of Dachshunds named Hexl and Wadl, and they were described as snarling little savages with jaws that are half the length of their bodies. During a visit to the country home of Austria-Hungary's Archduke Franz Ferdinand, the two pups promptly hunted down one of the Archduke's beloved golden pheasants. Unsurprisingly, the same things that make Dachshunds such fantastic badger hunters don't inspire mindless obedience. Some have said that having dachshunds turns a book on dog discipline into a book of humor because every single thing is ridiculous. 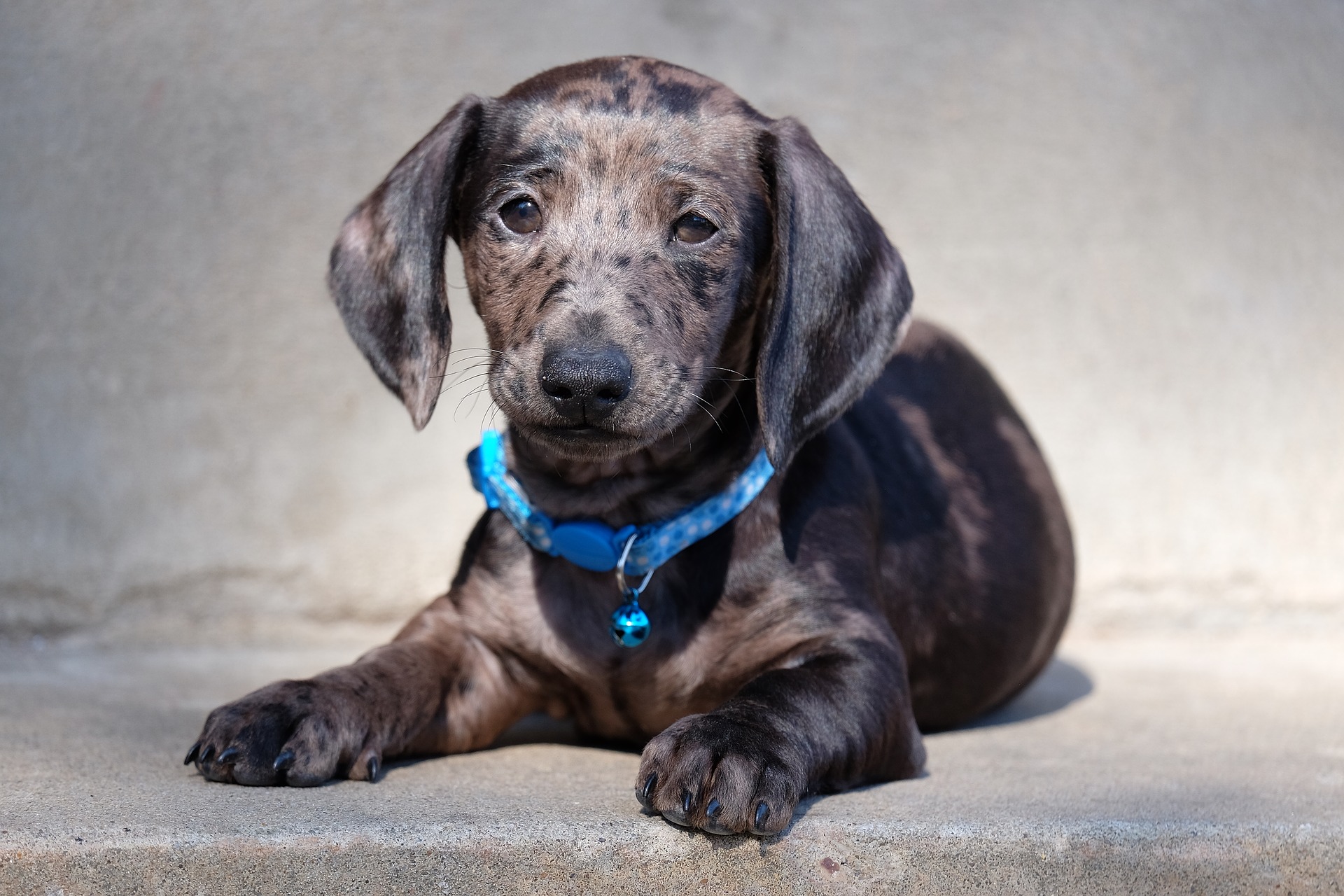 Dachshunds are one of the most varied among purebred dogs. They come in three coat types, and the smooths are believed to be the original dogs. There are many possible ancestors, such as various terriers, pointers, bassets, and bloodhounds, which all might have contributed to the Dachshund's particularly keen sense of scent, but there are no definitives. Longhairs resulted from selective breeding, and the rough-coated terriers much later on, led to the wirehairs. Many believe that the Wirehaired Dachshund's softer expression and somewhat better temperament are due to an infusion of terrier blood. Size is another area where Dachshunds are varied. In the 1800s, Germany's rabbit population led to the miniature Dachshund development. In addition to standards and minis, there is a recognized third category that falls somewhere between the standard and mini, called the "Teckel," or "Rabbit Dachshund." 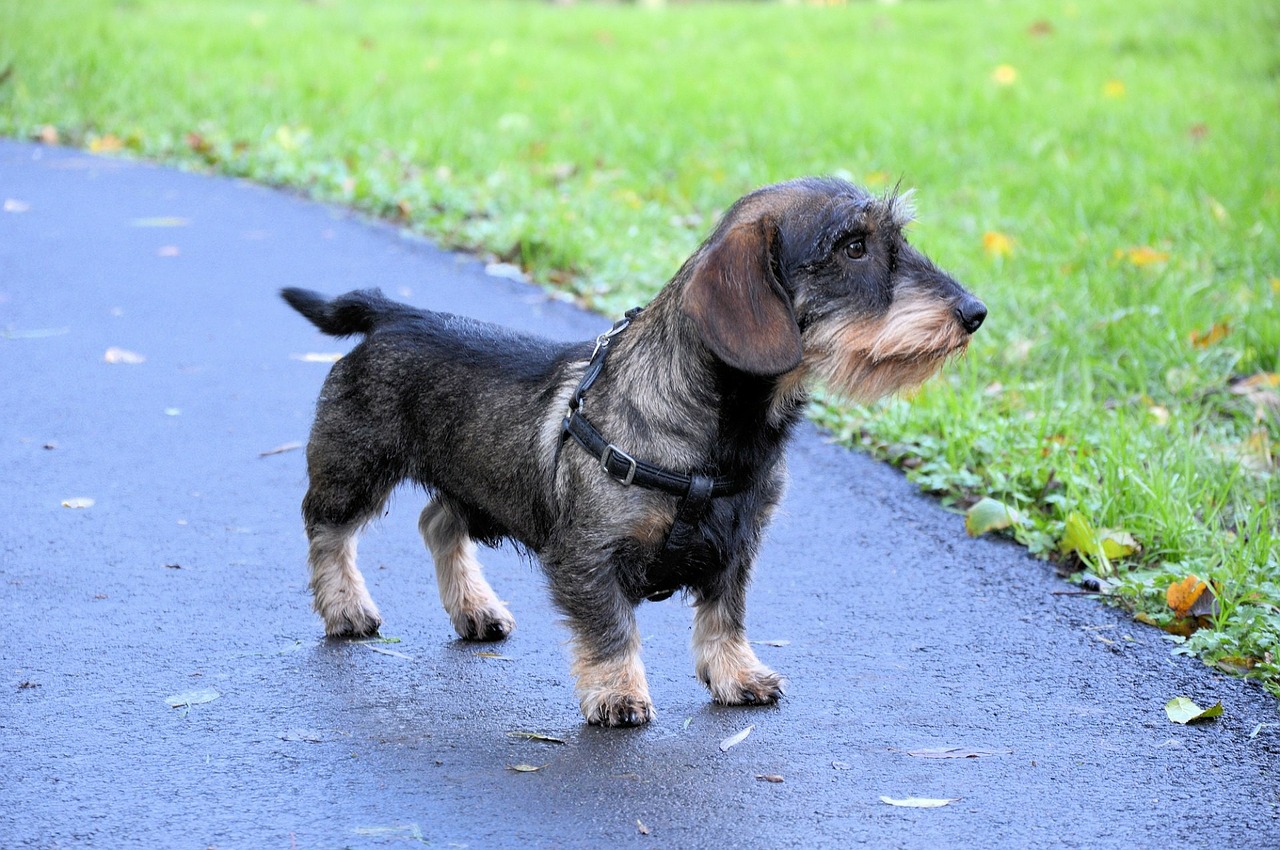 These tiny dogs that are packed full of personality are incredibly popular. The list of celebrities who have had these small pups full of character as their companions is seemingly endless: famous painters like Pablo Picasso, and Andy Warhol, actors like Carole Lombard and Clark Gable, and even the infamous have loved Dachshunds! Lee Harvey Oswald's killer Jack Ruby, had as many as 10, including one he referred to as his wife, Sheba!

Dachshunds are incredible dogs with a unique history that is often forgotten. We love our dogs individually, but sometimes, on the whole, we forget that their history is as rich and as varied as ours is. The Dachshund's personality is something that has been passed through generations of badger hunters to become your best friend, and we wouldn't want them any other way.